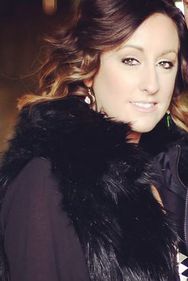 Andi Kehoe-Trendel
Artistic Director/Owner
Combo/Lyrical/Contemporary/Ballet/Progressions/Tap/Jazz/Musical Theater & Company Instructor
Andi Kehoe-Trendel has been studying dance for 39 years. Her education includes scholarships to Gus Giordano's and The Edge in Los Angeles. She has also studied extensively at Broadway Dance Center and Steps in New York City. Additionally, Andi has trained with notable choreographers Mia Michaels, Mandy Moore, Gregg Russell, Joe Lanteri, Savion Glover and many more.
As a dancer, Andi has competed in national award-winning performances and appeared in opening numbers at many national dance competitions. Andi has also performed for theme parks and industrials.
Andi’s passion for dance inspired her to teach and choreograph. She has successfully trained dancers of all ability levels during the past 20 years. Many of her students have experienced success as professionals, have appeared on “So You Think You Can Dance,”  "Radio City Rockettes Spectacular," danced with Beyonce in the 2009 VMA's, performed in "The King & I" on Broadway, performed at Disney, Orlando, appeared on "Lip Sync Battle", and featured on "Saturday Night Live."
Education and growth in dance remain an integral part of Andi’s life and she continues to study with prominent instructors and choreographers across the United States. 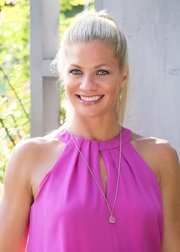 Vanessa Rutherford
Combo/Lyrical/Contemporary/Progressions/Jazz/Musical Theater & Company Instructor
Vanessa has extensive experience in teaching tap, jazz, lyrical, musical theater, and contemporary for ages 2-18. Her degree from The Ohio State University is in early childhood development and is inspired everyday by her students. She has studied at Broadway Dance Center, Steps in NYC, and Gus Giordano's with choreographers such as Mandy Moore, Mia Michaels, Travis Wall, Nick Lazzarini , Nick Bass, and many more. As a young competitor growing up dancing along side Andi, Vanessa won Miss Petite Dance of Ohio and competed in national award-winning duos, trios, and groups. She has choreographed many national champion solos, duos, trios, and groups for the past 15 years and has been dancing for 34 years. She is looking forward to becoming a part of the Revolution family this coming season! 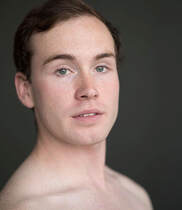 Sean Daly
Ballet Master
Sean is originally from Richmond, Virginia where he began dancing at the age of thirteen at a local ballet studio. He graduated from Henrico High School, Center for the Arts as a dance major and went on to receive his Bachelor of Fine Arts degree in Dance with a concentration in Ballet from Point Park University in 2016. Some of Sean’s most notable roles from his time at Point Park include “Mercutio” from Romeo and Juliet and “Albrecht” from Giselle. He was also fortunate enough to represent Point Park University and was a finalist at the Youth American Grand Prix (YAGP) in 2014 and 2015. Immediately following his graduation, Sean moved to Nashville to dance with the Nashville Ballet. Throughout his time with the company he was fortunate enough to perform soloist and principal roles like the “Chinese Soloist” in Nashville’s Nutcracker, “Prince Siegfried” from Swan Lake and “Winter Soloist” in Paul Vasterling’s adaptation of Vivaldi’s The Four Seasons, which were featured in the Future Artists Showcase. Sean has cultivated a love for teaching and sharing his passions for dance, especially ballet. He was the primary ballet and pointe teacher for the Bellevue Dance Center in Nashville, TN from 2016-2020 and had the opportunity to choreograph and set classical work on his students throughout his time there. Sean is incredibly excited to be taking on the role of Ballet Master for Revolution Dance Company this year and cannot wait to share his passions and expertise with everyone. 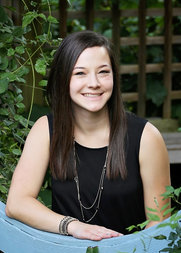 Halie Greenslait
Combo/Tap/Jazz/Lyrical & Company Instructor
Halie has been dancing for 18 years and has been trained in tap, lyrical, jazz, ballet, and contemporary. She loves children and has been working with them for the last 8 years. She is currently studying Speech and Hearing Science at the Ohio State University and hopes to use her degree to continue working with children. Halie has studied with professional choreographers including Mike Minery, Anthony Morigerato, Mandy Moore, Travis Wall, Nick Lazzarini, and more. She has won several awards in her competitive years including "You Rock JUMP" awards, as well as National Titles in her solos, duet/trios, and groups. She enjoys sharing her love for dance with her students and watching them progress to reach their goals. 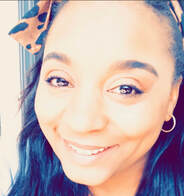 Brittany Edwards
Hip Hip/Jazz/Tap Technique InstructorBrittany has been dancing since the age of three, and has been sharing her passion for dance with her students for the past decade. She has extensive training in tap, jazz, ballet, lyrical, hip hop and tumbling. As a competitive dancer, Brittany won numerous judges’ awards, along with solo, duet and group top placements at the regional and national level. In 2004, she traveled with the Jr. American Dance Team to Barcelona, Spain and won the Toure Grand Prix (World Dance Championship).

Brittany is well-known for her creative choreography, and the infectious energy she brings into the classroom. Her dancers have won numerous titles and top placements on the regional and national level with her one-of-a-kind choreography.

From 2013- 2018, Brittany owned her own dance studio, living out her lifelong dream of being a studio owner. During that time her studio won numerous overall, grand championships on the regional and national levels. She has spent the last five years traveling the United States as a judge in the competition circuit. Brittany is very excited to join the Revolution Dance family and share her passion within the studio. 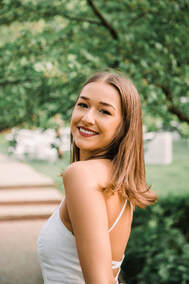 Kylie Ponn
Ballet Instructor
Kylie has been dancing for 16 years and has acquired an extensive background in ballet, with additional experience in jazz, contemporary and modern. She has trained at several studios in Central Ohio including: The Ballet Academy, Central Ohio Youth Ballet, Patty’s Dance Center and the New Albany Ballet Company (NABC). She danced in the pre-professional division at NABC before attending Wittenberg University on a dance scholarship. She was a part of the Wittenberg University Theater and Dance program from 2014-2018, while completing dual majors in Dance and Communication. She was also a member of the Wittenberg Student Dance Company (WSDC). She performed in eight dance concerts during her time at Wittenberg, including choreographing and facilitating the Spring Dance Concert during her senior year. After graduating in May of 2018, she returned to Columbus, OH to pursue careers in Communication and Dance. Kylie is thrilled to be embracing both of her degrees as a Communication Strategist at The Ohio State University, while sharing her love of dance with her students at Revolution!